The flexibility of the building system in Conan Exiles can allow for many different building strategies. Not all of them are conducive to fair play on the Funcom Official Servers. One aspect that can be abused is the claim system.

Below are examples of building strategies that should be avoided by players when playing on Official Servers. Private servers may or may not allow some of these strategies and building styles.

Funcom Customer Support does act when buildings like the ones you see below are reported. Clans that abuse the claim system can expect to have their structures destroyed as well as a suspension for the entire clan.

Foundation Webs
Creating webs or arrays of foundation or fencing unfairly restricts other players from building in an area. It can prevent the respawning of resources and makes simply walking through the area difficult. 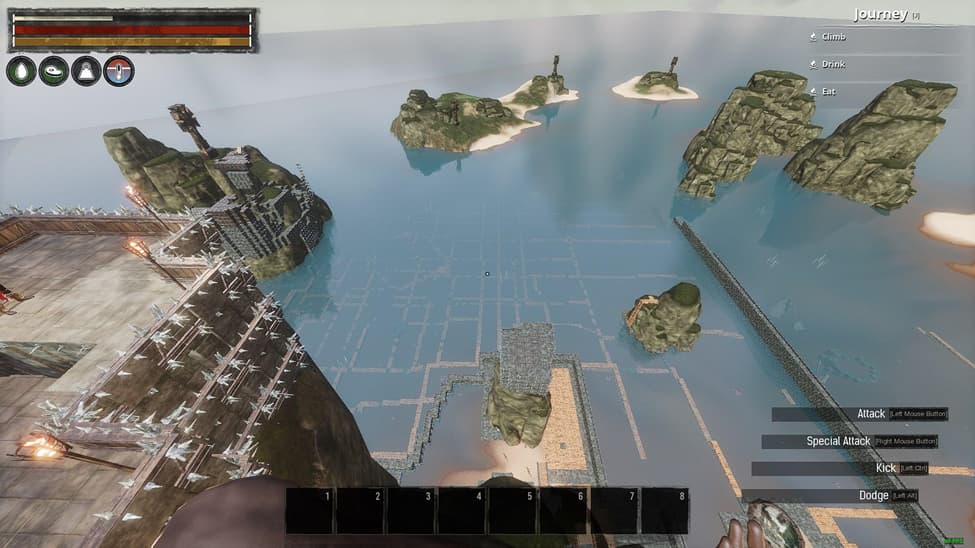 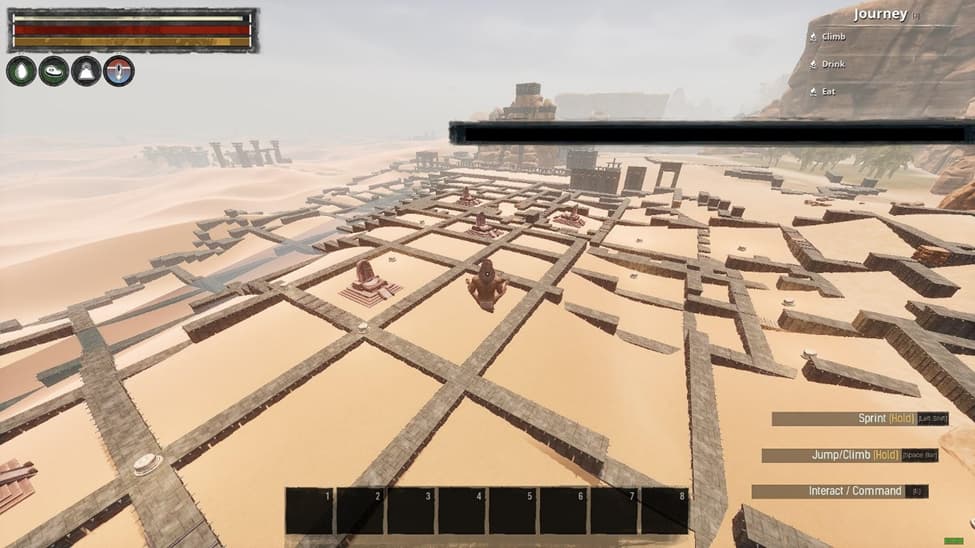 Bridges, Roads, paths
Bridges, roads, elevated paths, and other such structures might serve a practical purpose, or they may be built for aesthetics. Some of these structures may even be intended as a benefit to everyone on the server. However, the presence of such structures also lay claim to the surrounding land. We strongly recommend not building any bridges or roads on Official Servers as they are usually considered an abuse of the claim system. 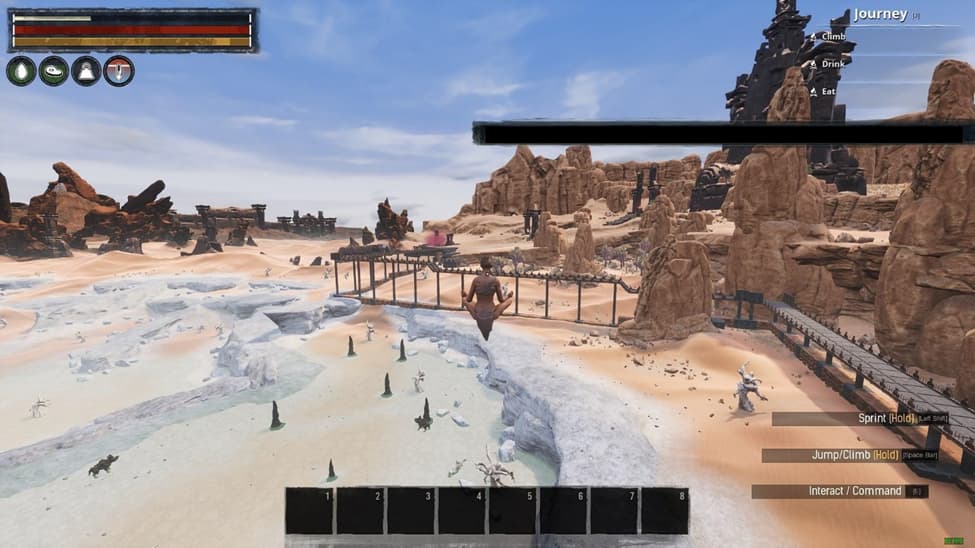 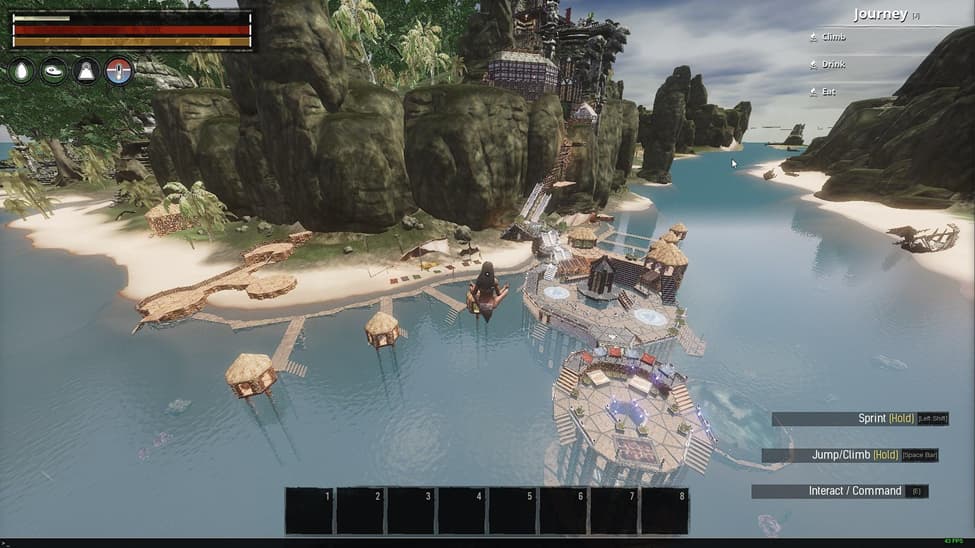 Decorative Land Claim
There are some structures that are built for practical or aesthetic reasons that still negatively impact fair play. This might include watchtowers, outdoor torches, or geometric shapes. Despite any apparent quality of life improvements these can make, they also serve to claim land. 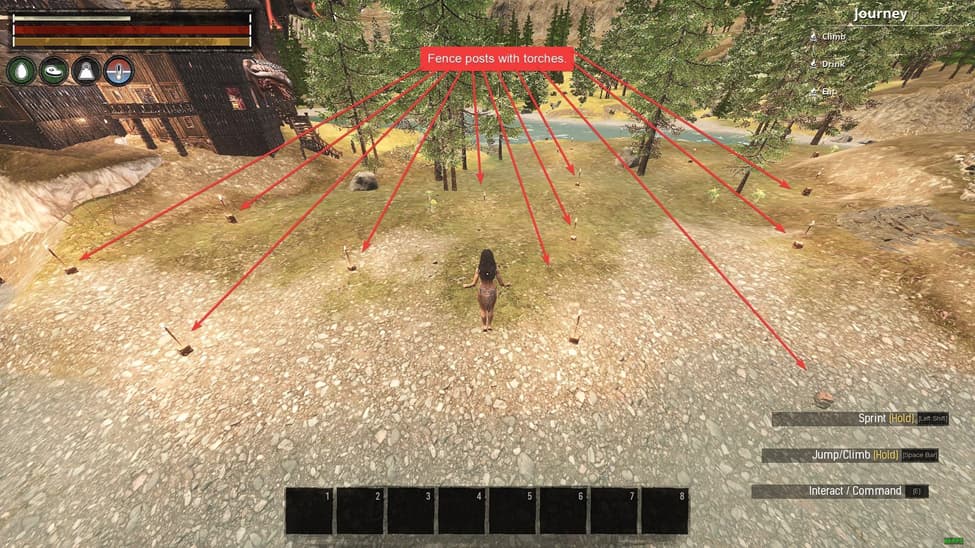 Walls and Villages
This can be considered an extreme version of decorative land claim. The issue here is not the size of the base, but the function of the individual buildings. It is in the same spirit of a web of foundations, but players take the time to make the structures appear from the outside to be a functional part of their base. Player buildings that heavily focus on roleplaying can often fall under this category.

Walls are ok when they do not extend too far beyond the buildings they protect. But much like the web of foundations example, a wall of sufficient size can still accomplish the same thing. A wall for defense is a reasonable addition to your base, but using them to mark off a large area around your base should be avoided. 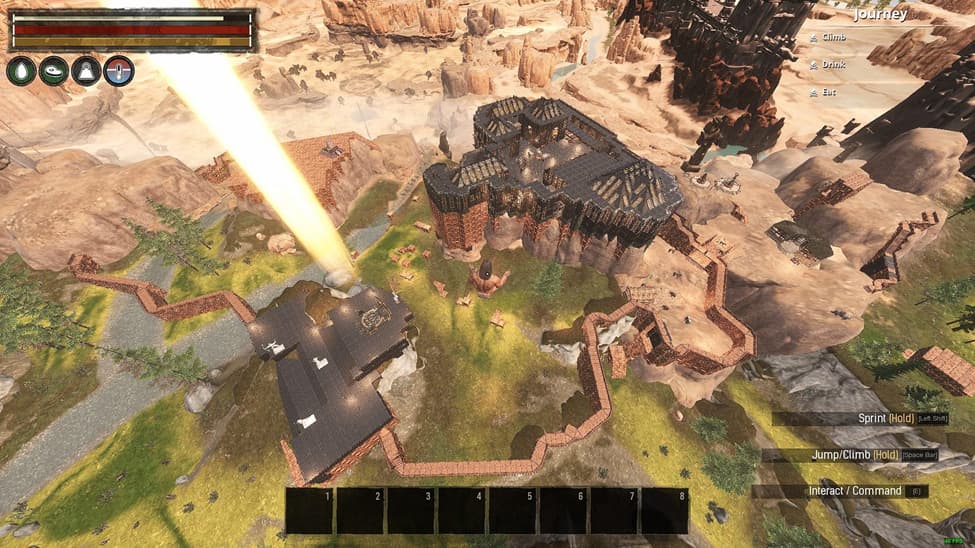 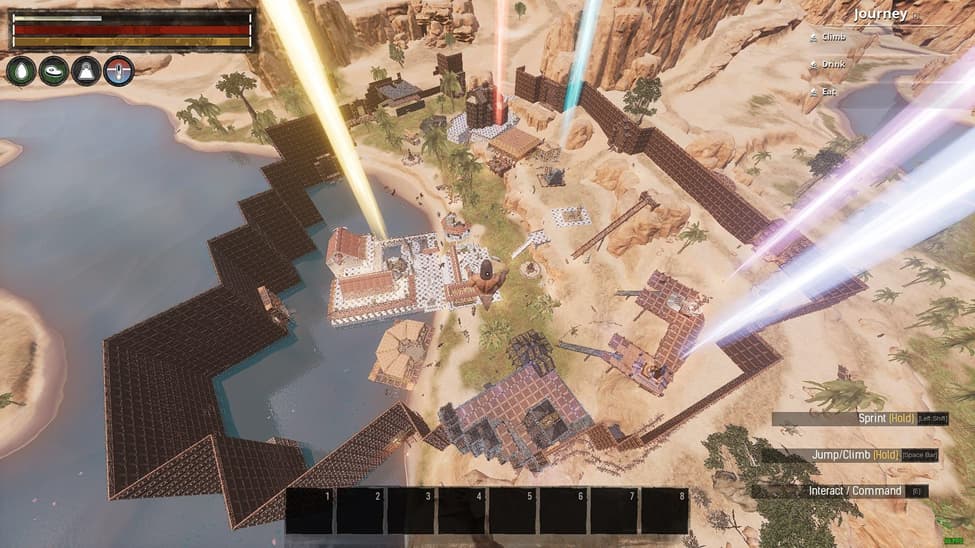 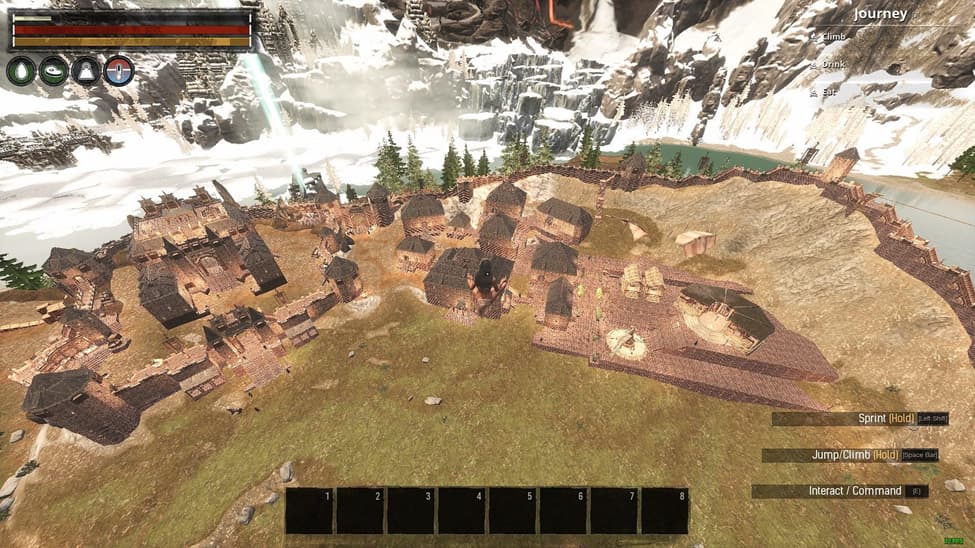 12 Likes
@community doesn't mean what the rules are?